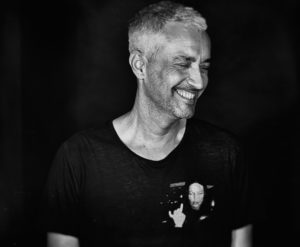 In today’s electronic music world, there are not many artists who can lay claim to a legacy like that of Thomas Koch aka DJ T. From spending his youth collecting Disco, Funk, Soul, early Hip-Hop and Electro, to this day, still collecting, selecting and playing, still full of energy and inspiration. DJ T. has notched up a seriously impressive list of achievements during his illustrious career, which spans over three decades.

This, T. will celebrate his 30 years in the business. In the last few years, he has produced three albums, curated numerous compilations, produced a long list of EPs and remixes and toured the globe several times over. He has also been a key member of the collective who launched Get Physical Records, the brains behind Groove Magazine - Europe’s premier electronic music publication - and helped launching and running Frankfurt’s only House club in the first half of the naughties, the Monza Club.