*We are the healed world 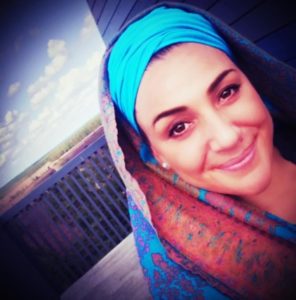 Niki is a Kundalini Yogini, Psychotherapist, holds a Masters degree of the University of Nevada Reno, urban priestess and manifester of light.

She is a licensed clinical psychotherapist with a private practice in greater Munich Germany and received her Kundalini Yoga training with Gurmukh and Tej Khalsa in India and L.A., California.

In her international classes and retreats,  she works her healing magic by helping people become their highest selves through her heart-centered and compassionate teachings. She specializes in eclectic Life Coaching, holistic Psychotherapy, Depth Psychology, as well as working with women circles and facilitating healing rituals around the world.

Niki is teaching and guiding many students around the world and offers classes, Rituals and 1-on-1 private Retreats to facilitate deep healing and transformation with her signature blend of Kundalini Yoga, Healing and Psychotherapy.

Hansu Jot is born in Hamburg/ Germany with a taiwanese mother and and german father.

Through the practise of his mother he very early came in touch with the values and various practises of Buddhism and the Chanting of Mantra and later decided as a young adult to dive into the teachings of Kundalini Yoga and Naad Yoga (Yoga of Divine Sound) to study its deep and healing impact on the human body, psyche and emotions.

Having finished the Kundalini Yoga teacher training in 2012 Hansu Jot is now traveling and touring the world to teach Kundalini Yoga workshops and share the Sacred Sound through Naad Yoga and Sacred Chanting events, has published three Sacred Chant albums with the band Tera Naam and his first solo album: ”To The Stars And Back” in December 2017.