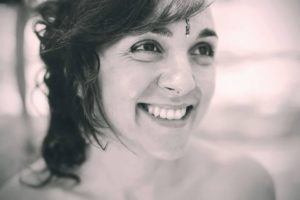 Rebirth follows death. Are you ready to die ?
The ancient Greeks had created a holy institution, the  mysteries of Eleysis  which were conducted through the sacred myth of Persephone that narrates  the cyclical journey of the Soul , death and rebirth. The initiates were guided by the Hierophants through a 9 day journey into the Underworld, Hades. There they would face their biggest fears and they would come out with the power of knowledge.
Persephone is the symbol of Consciousness  and Hades is the entrance to a place where One meets the desires, fears and insecurities, bitterness and longing, the "weights" and the ideals - usually unfulfilled - that exist and have been registered in the Unconscious .
In this workshop we are going to journey along with Persephone , descend into Hades, meet Pluto and ascend back to the Light . It is the adventure of the Soul in the quest of seeking a real meaning in life.

I would like to invite everyone men and women who would like to experience an initiation of the Soul through the narration of the Greek Myth of Persephone and guided embodied practices that will allow the participants to explore hidden depths of their Psyche. Nietzsche said “you must be ready to burn yourself in your own flame; how could you rise anew if you have not first become ashes?” If you really want to know your Light, dive deep into the Darkness and you will know what it feels like to Embody your Radiance. Darkness might feel uncomfortable and even sad but it pushes us to see real deep before we can embody a new external version of ourselves. I recommend to be in presence with yourself as much as you can and to let things sink within.

Christina Kottori is  a Greek Mystic Muse and a world wide traveler. She has studied theater and has attended numerous trainings and workshops such as Yoga Teacher Training, mystical dance, sexual shamanism, tantra workshops and  others. She has been studying the Greek myths and archetypes for the last 9 years.
Her passion is to convey the esoteric meanings of the ancient wisdom encapsulated in the Greek Myths towards the awakening of humanity. She is a temple dancer, a ritual theater performer and a story teller. She organizes workshops  on Greek myths and embodiment of archetypes. She has deepened her relation to the myth of Persephone through theater performance, drama therapy , dance performance and  women's workshops.

Participants need to bring with them a scarf, paper and pen.