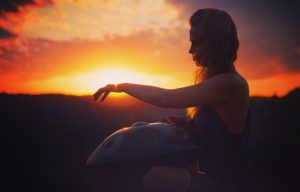 During the last years, she has been experimenting with different sounds and musical elements, using the handpan as an harmonious accompaniment, when singing with the voice.

Last year she released her EP "S I V E L A D O".
A response to having spent some time touring and traveling abroad.
Currently Mayiia is touring with her solo program Following Neptune.

Wide nordic spaces and poetic lyrics create a new space for the gentleness of open heartedness and the connection of the inner sound.

As Mayiia says, "All music comes from silence and ends in silence".